For the most part, everyone is more likely to hear crickets before they see them. The notorious chirp of crickets is often one of the most stereotypical noises filmmakers use to set the scene. But does that mean you want to have them around your home all the time? Castle Rock cricket control is your best option for ensuring your home remains cricket and as noise-free as possible.
Physically seeing the crickets is a rarity because they are smaller and elusive. Typically, when you step too close to cricket, you are more likely to see them spring into the air. They also have wings that remain folded-in unless they need to fly; this makes for easy concealment and escape. Crickets are nocturnal, which means you are in for a nightly melody that turns into an irritating call-out.

First, a single cricket does not live a long life; they only live for about two to three months. A typical cricket life cycle consists of three stages; egg, nymph, and adult. Also, crickets have two jobs once they are adults, to mate and eat. For ample, males will scrape their wings together to produce the infamous chirping sound. A cricket’s chirp is entertaining, and during their mating call, females find the males to procreate.
Females will lay up to one-hundred eggs in their life, which is bad news if they nest in your yard. Eggs have a fourteen-day incubation period before they eventually develop into nymphs. After that, nymphs will molt eight to ten times before finally growing wings and becoming adults. After they become adults, they will spend the rest of the next two to three months mating and eating. 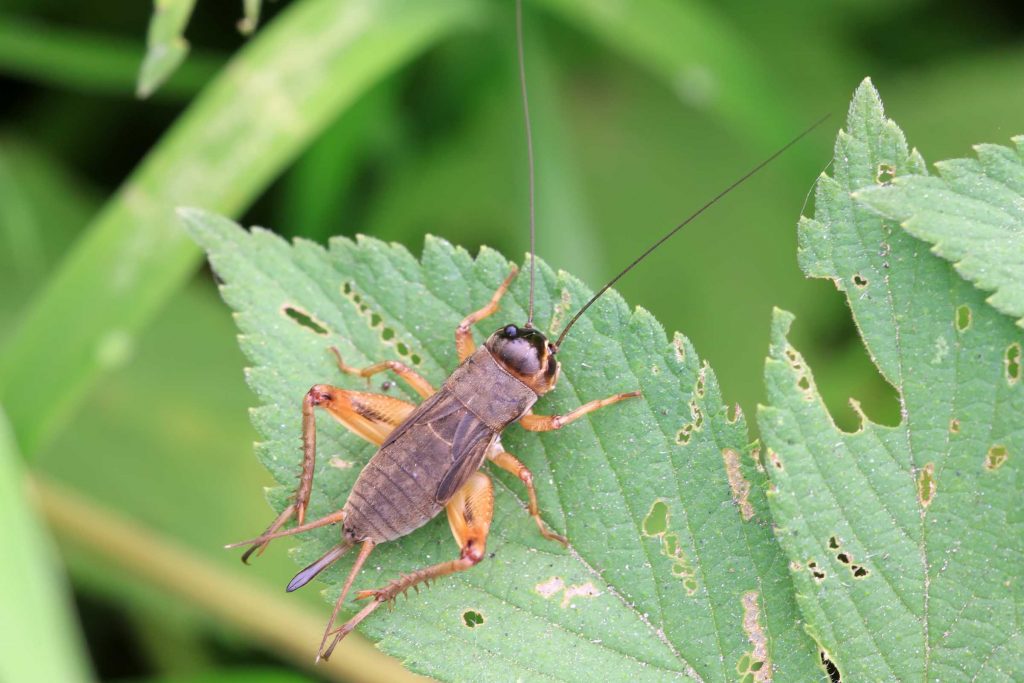 The Diet of A Cricket

Crickets are not the pickiest eaters and will consume almost anything your home or yard offers. Crickets are omnivores from plants to meat and other fibrous items like carpets or bags. They have strong jaws known for devastating gardens and fields of crops. The chirp of crickets may be peaceful, but the damage they cause is not enough to keep them around.
Unfortunately, it does not stop there; crickets will also chew on fibrous items like carpet, drapes, and cardboard. Sometimes they will even eat up furniture and chew their way through plastic bags holding other food items. So when you hear a chirp in your house, do not hesitate to find your local Castle Rock cricket control crew. Gaining control of crickets is vital because their vicious breeding cycles and open-ended diet are a recipe for disaster!

Part of Castle Rock cricket control is knowing where to detect harborage points and activity around the home. They are most likely slipping under door trim, lacking proper sealing. When you suspect crickets inside your home, be sure to check kitchen cabinets and behind toe-kicks. Also, under and behind appliances and even inspecting plumbing lines may not be a bad idea.
On the outside, one of the first places you will find crickets is anywhere near a garden. If there is no garden, thick bushes or under decks are other areas to inspect. Please do not follow the noises because they tend to go quiet to evade when you get too close. Crickets will also hide inside any wall voids, especially if there is a J-trim at the edge of the wall. Don’t feel like the cricket invasion of 1927, and know where to control them before they infest.

Risks of Keeping Crickets Around Your Home

Some risks come with keeping crickets around your home despite not posing a direct threat to humans.

Risks to Your Health

Crickets are not directly harmful to humans, but they can spread diseases. For example, they often spread E-coli and Salmonella. In addition, their feces contain worms that can cause rashes and skin irritation. If you see an infestation inside your home reach out to us immediately for cricket removal.

Risks To Your Home

Additionally, crickets have strong mandibles capable of chewing through wood, cardboard, and many other household items. When crickets infest, they will paint the space with unsightly black dots where they leave their feces. Their short breeding cycles mean that it will take almost no time for an entire infestation once they get inside.

If these are not enough reasons for you to seek out Castle Rock cricket control, then consider constant chirping at night. You and your family’s sleep schedule may be interrupted every night until they are gone.

There are many reasons why crickets may show up constantly around your home. Like many other pests, they are looking for food and shelter. Since they have a broad palette, their diets can consist of most materials around your home.
Other things that draw crickets: 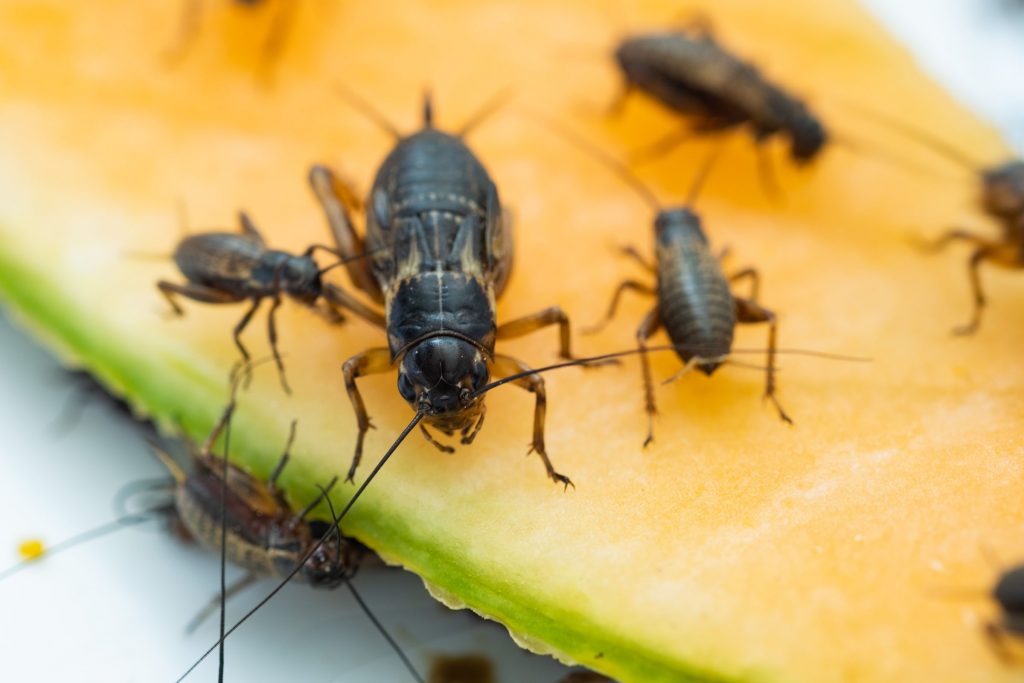 Our homes contain an endless supply of food for crickets to feast on and continue to grow their population numbers. There are many reasons a cricket would want to find its way inside our yards and homes. Unfortunately, we cannot take away everything in our house that attracts crickets because we have nothing left. Castle Rock cricket control will help reduce cricket populations so you can live cricket-free.

First, cricket control prevention is unique because it will not only with helping prevent crickets but also general pest activity. Pest professionals call crickets “occasional invaders, ” like many other pests,” meaning they will only show up periodically.
Some general Castle Rock cricket control tips include: 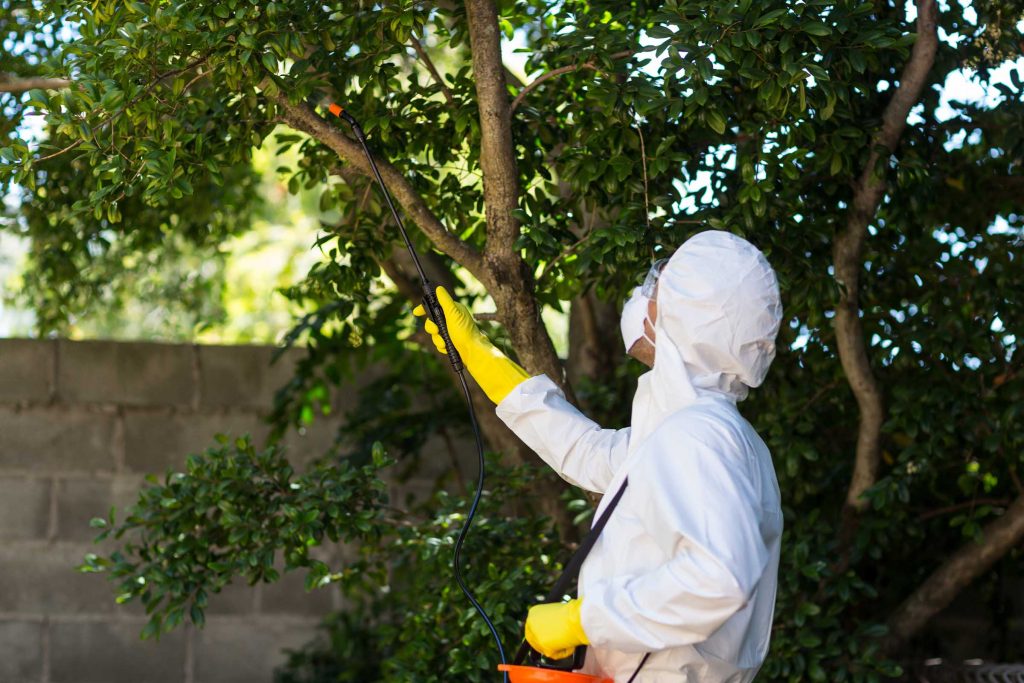 1. Seal all doors, windows, and exterior gaps leading inside
2. General upkeep around your yard to prevent moisture build-up
3. Regular vacuuming to pick up eggs
4. Keep crawlspaces well-ventilated to reduce moisture
5. Use insect repellent exterior lightbulbs or turn lights off at night
6. Trim foliage away from home to facilitate easy access to the house and allow airflow between vegetation and home.
7. Repair or replace window screens that have damage or gaps significant enough for crickets to slip through
8. Clear leaf piles
9. Move wood storage away from the home
10. Fix leaking plumbing lines to reduce the water build-up
11. Hire a professional pest control company!

Where You Need Cricket Control In Castle Rock

Crickets are a nuisance, especially around the house, all over your yard, and even at businesses. We offer pest control in all of the Castle Rock areas to help control crickets and other pests.

Entirely preventing crickets from entering your home is not the complete answer; sometimes, circumstances are out of your control. When crickets start to appear inside your home, it is time to call in the professionals at OMNIS Pest Control. Our team will point out harborage points and other areas around the house where cricket activity is heavy. After the inspection, our technician will apply protective barriers around your home to stop current and prevent future movement.
Your home does not need to be a haven for crickets; in fact, it should not even house any pests. The OMNIS team is here to keep the problems out so you can sleep soundly in a quiet home.

Our Castle Rock cricket control program offers you comprehensive residential pest control against crickets and an array of other pests. Contact us today to speak to one of our professional pest team members for more details.