There is nothing worse than encountering a spider in your home only to see it run under the couch. These moments leave you with a sense of paranoia as you sit down to try wondering where the spider went. Spiders may play an essential role in the ecosystem, but they do not serve any vital purpose in your home. Finding a Castle Rock spider control team will ensure your home is free of spiders and the much-accompanied anxiety.

Spiders are, without a doubt, one of the most common household invaders that are sure to give you a scare. The way they scurry around is enough to make you jump where you stand. Unfortunately, more often than not, spiders are the most difficult to control due to their highly elusive nature. So relax with ease knowing you are alone and not sharing your home with the local arachnid populous. 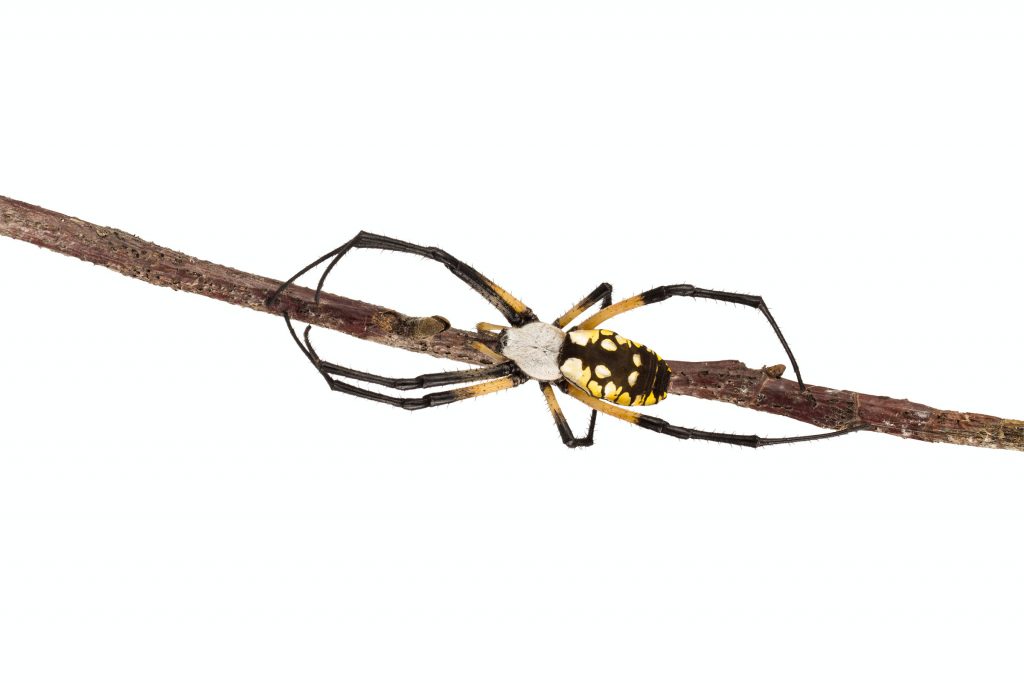 Spiders are intelligent creatures that have been existing since the dinosaur ages. Surviving for so long has taught them to become highly adaptable creatures. Spiders are patient, crafty, and at times charismatic, depending on the time of year. The notorious spider web is a spider’s ally when it comes to survival.

A spider will strategically cast its web and then patiently wait for prey to get stuck. Seeing more than one spider together is a rarity; spiders are solitary creatures and do not travel in mass. In pairs, they are most likely mating but do not expect the male to last. The female spider will eat the male spider before, during, or after mating in most species.

Entomologists do not understand why this happens entirely, but they think it has to do with males not mating again. 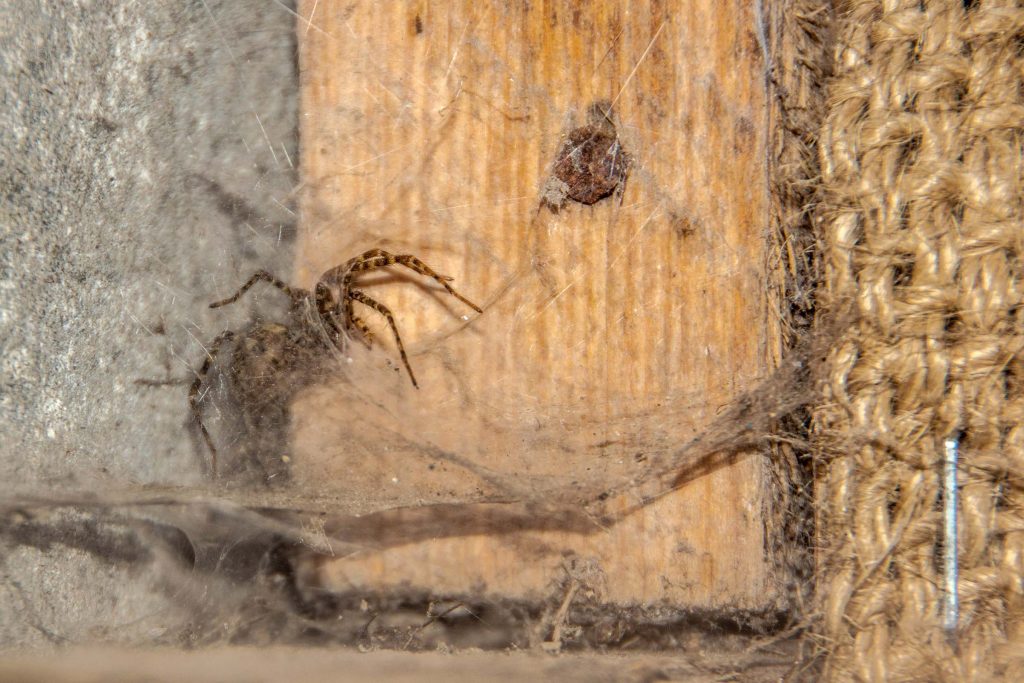 Spiders and Their Diets

The spider’s diet varies depending on the species, the environment they live in, and what is available. Spiders are predators and can eat anything from insects to rodents, lizards, and even birds. However, do not worry, because the spiders you find in your home can only eat small, annoying insects. Typically they catch their prey in webs, but some species would instead physically attack like the Jumping Spider, then trap.

Once they catch their prey, spiders do not start munching away at their catch like us humans. Instead, they sink their fangs and release a digestive enzyme that allows them to drink the insides of their catch. After eating, they will leave the empty exoskeleton of the insect and continue hunting. Spiders will also use their prey to hydrate, which heavily emphasizes being a successful hunter.

Unlike most pests that do not necessarily care about being seen or not, spiders try their best to remain hidden. They are the rogues of the pest world, making Castle Rock spider control so tricky and essential. We know when ants are active, but we never honestly know how many spiders are roaming our homes. To find spiders, you have to look in the hard-to-reach or low-traffic areas of the house. 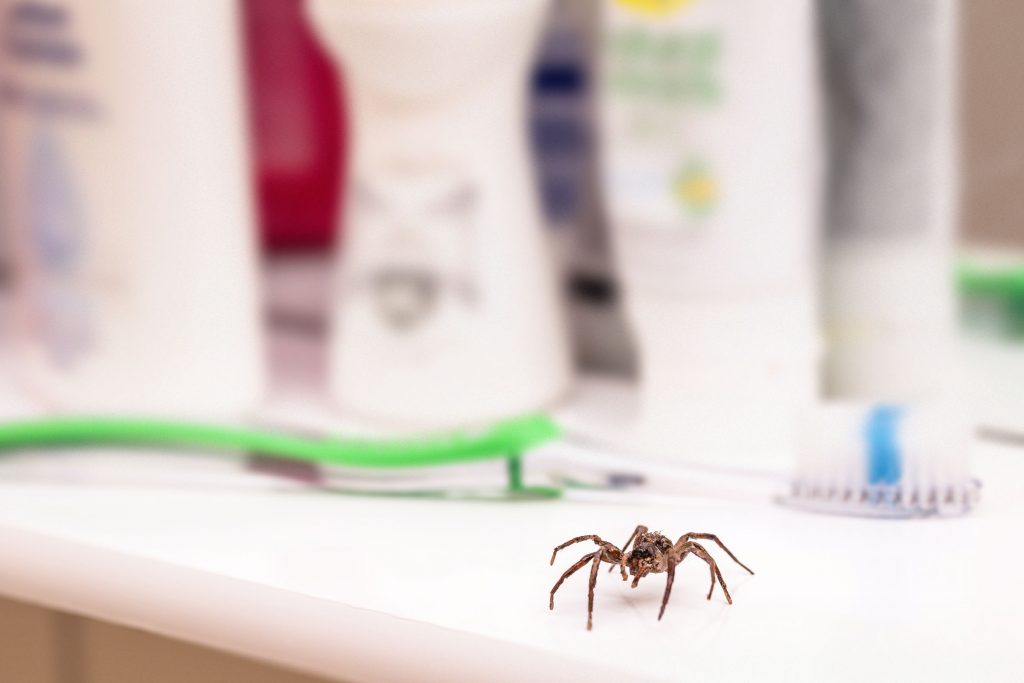 Under couches, in closets, under cabinets, attics, crawlspaces, and even behind furniture or on top of bookshelves are common areas. If your home has areas with frequent pest activity, then assume a spider is lurking nearby. 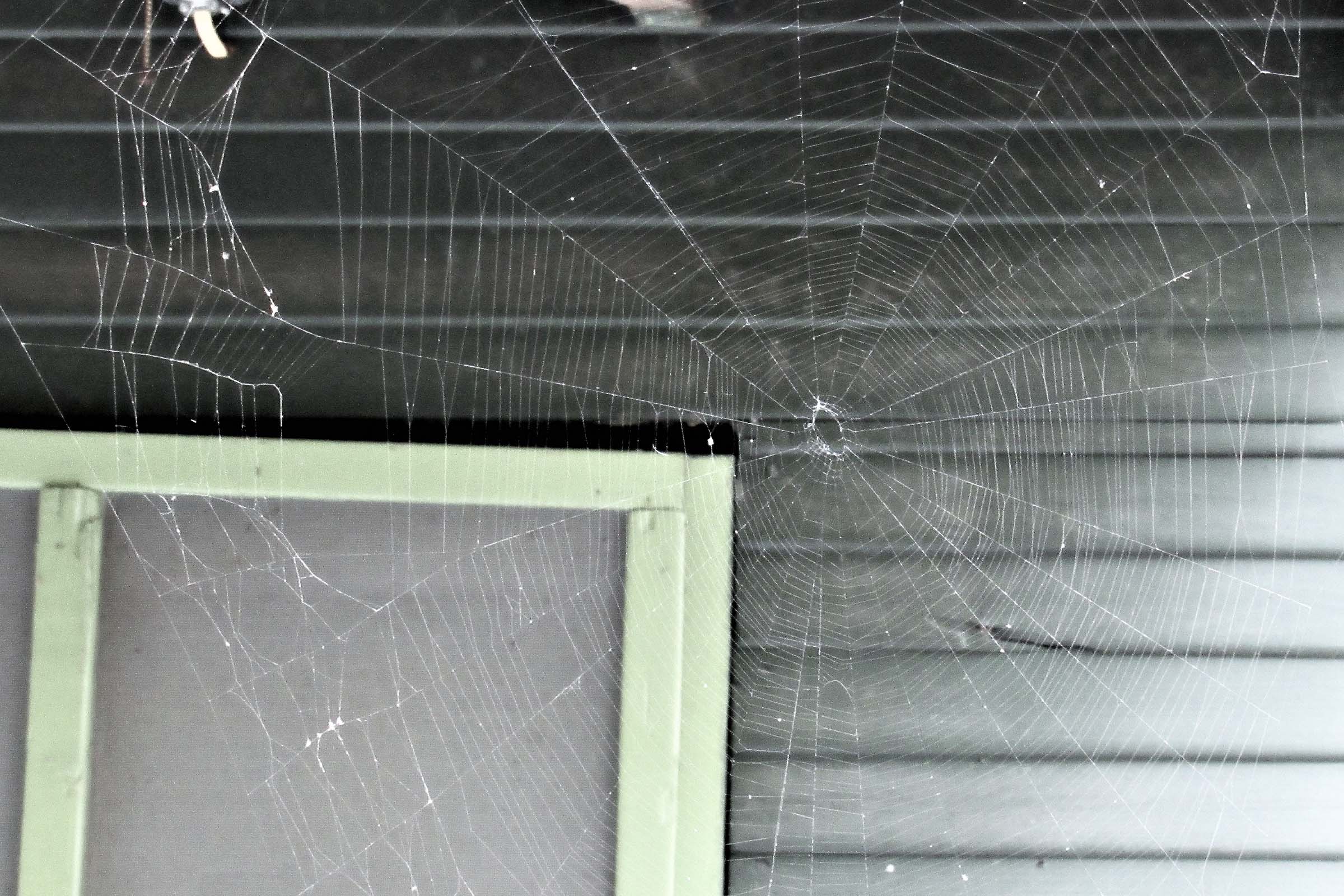 Where to Find Spiders Outdoors

Spiders outside the home will be almost anywhere, which also makes for difficult control. Frequent hiding places are in foliage, decks, eves, garbage cans, gardens, and anywhere that draws a lot of insect traffic.

Types of Spiders in Colorado 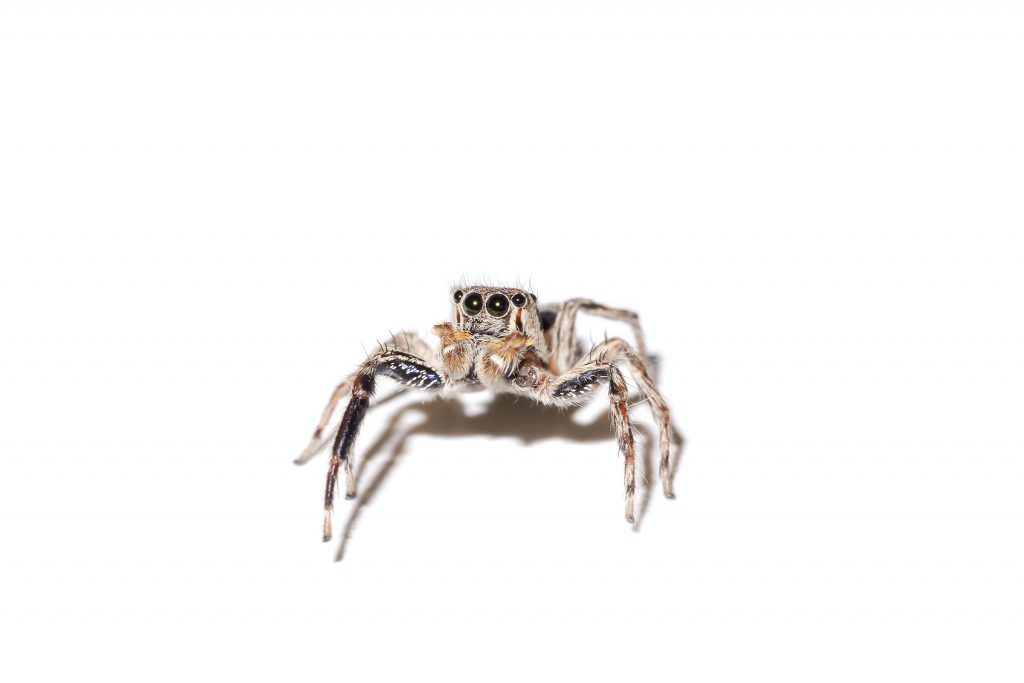 As the name insists, these spiders possess the ability to pounce on prey rather than trap it with a web. They will be seen frequently throughout Castle Rock and are harmless to humans. 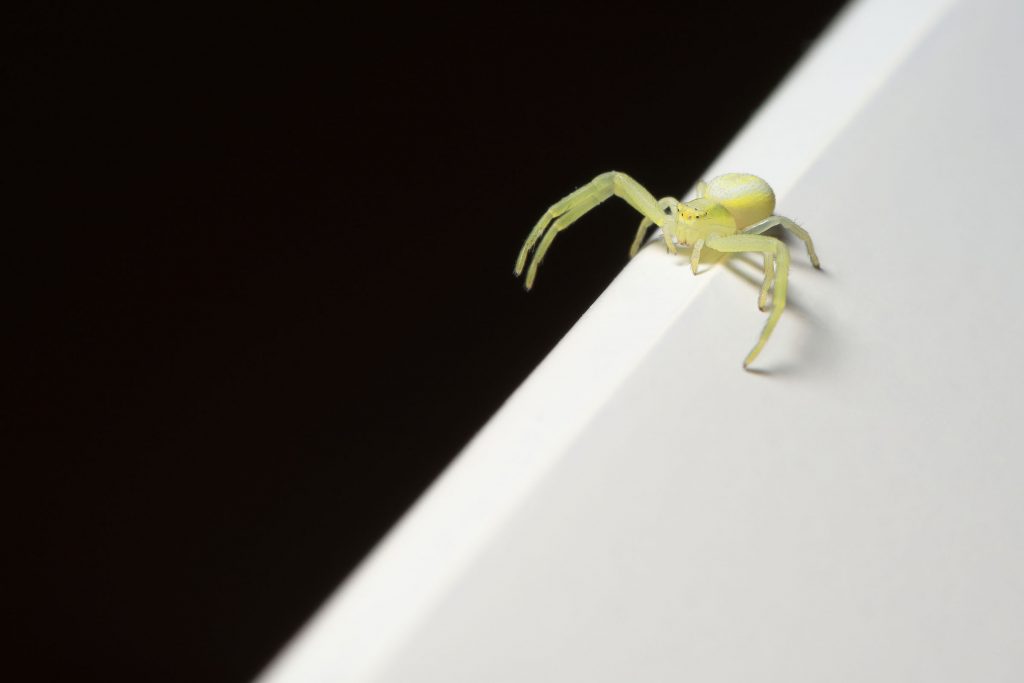 These spiders create sac-like webs that they hang out in when not actively hunting. Their bites can cause a mild form of necrosis and are most active at night. 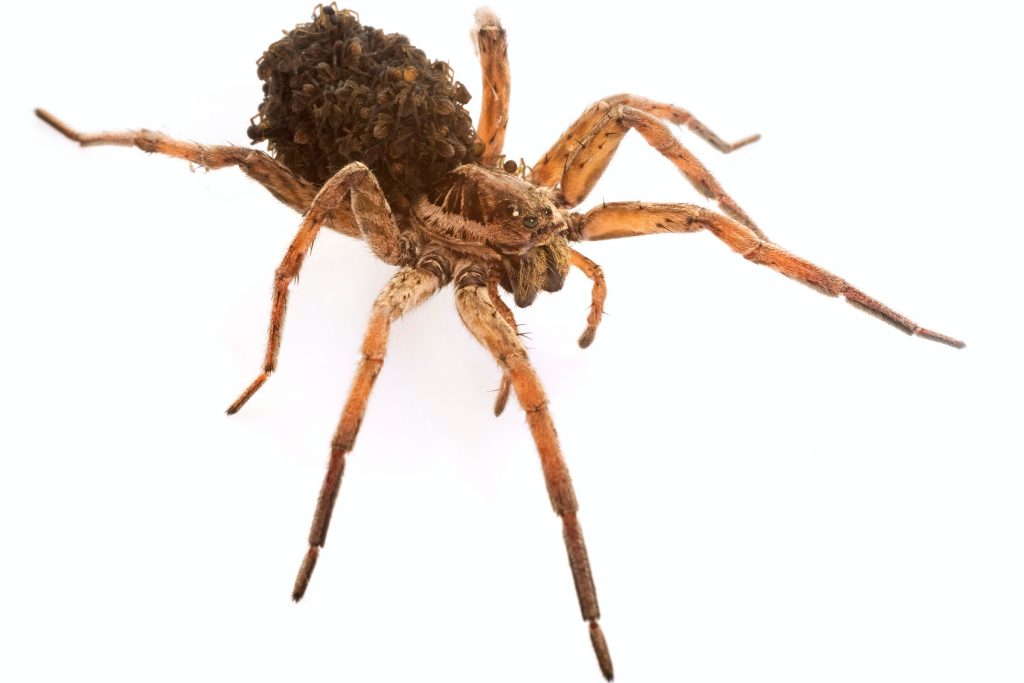 At first glance, these spiders look like Tarantulas due to their similar look and size. Wolf spiders can get pretty significant, but they are not worth worrying about because they are timid. 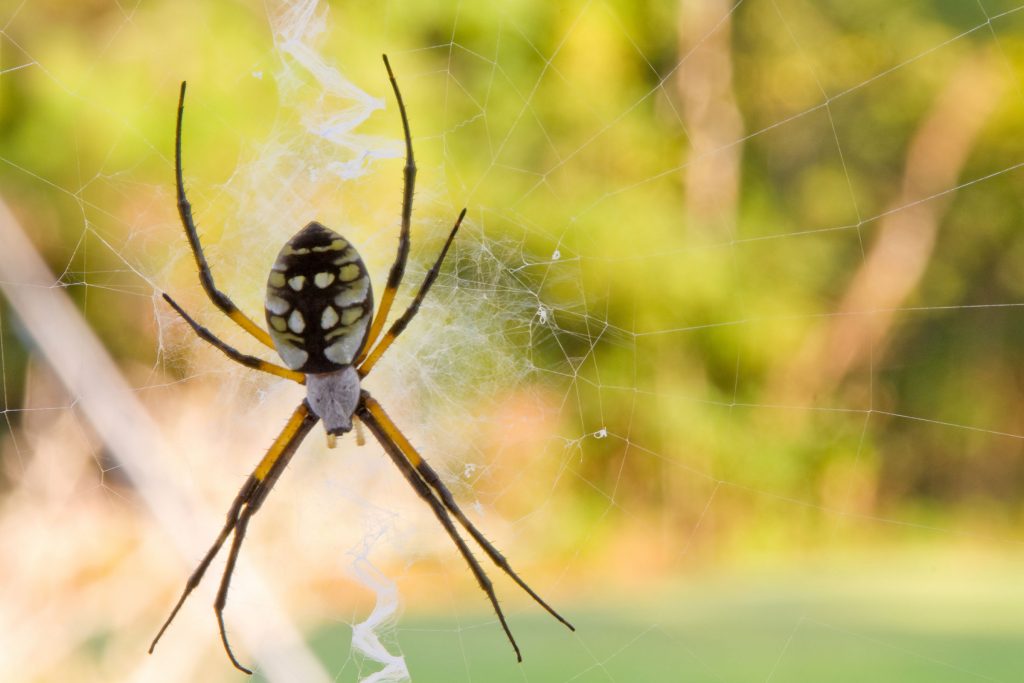 These spiders are widespread and quite beneficial for your garden. They have detailed looks and are capable of building giant, complex orb webs. 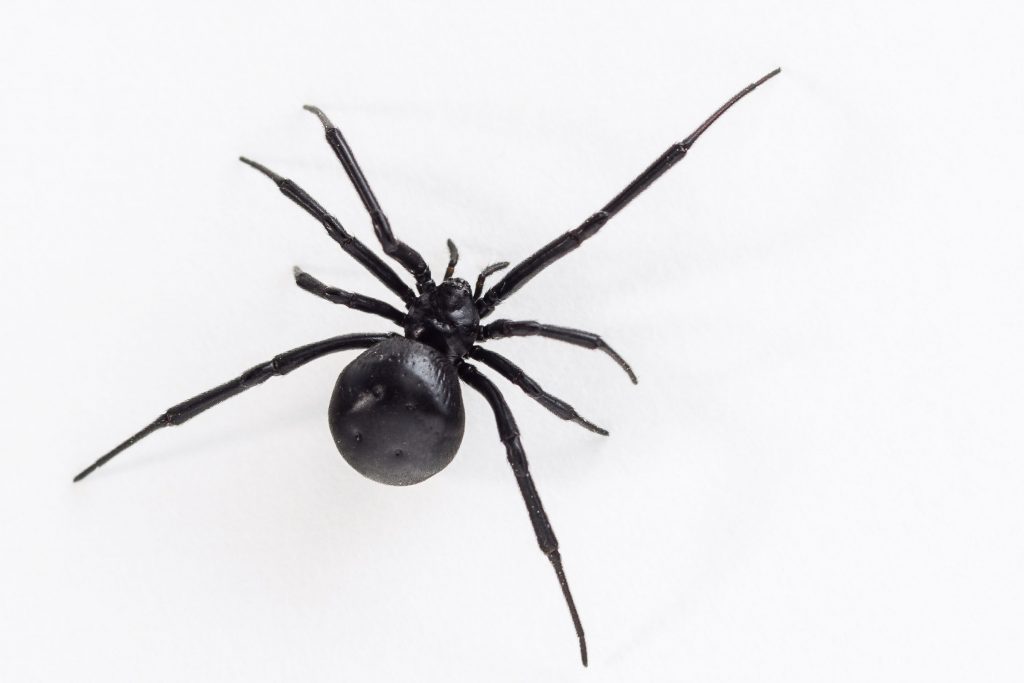 Out of all the listed spiders, this one should cause worry because they are dangerous to humans.

Dangers of a Lurking Spider

Spiders play an essential role in our ecosystem, but that does not mean they need to stick around the house. There could be dozens of spider species living in your home one time without your knowledge. Among these spiders, anyone could be venomous, making Castle Rock spider control essential. There are numerous reasons why spider control is necessary for your home, such as:

There are things you can do to reduce general spider activity yourself. However, spiders are difficult to keep out of because of their excellent climbing abilities and sneaky ways. Some of the steps you can take include:

OMNIS is Your Pest Control Expert!

It may be time to call someone when you are tired of seeing the spiders running around your home. OMNIS Pest Control is ready to serve you by protecting your home from spider activity inside and out. We have over a decade of experience protecting homes from aggressive spider infestations. Our team will provide your home with a top-to-bottom service designed to keep spiders out and away.

Contact OMNIS Pest Control today to get started on our premium Castle Rock spider control program. We can give you a free estimate for service along with additional details and answers to your questions. Spider presence alone causes a lot of fear and anxiety, and even more importantly, some are dangerous to humans. So do not walk around worrying about spiders; relax peacefully knowing OMNIS has your back!