Voles are a part of the rodent family and have a similar appearance to moles and mice. Voles are curious creatures that typically eat roots, stems, and plants and love to dig tunnels through the earth. While voles aren’t generally dangerous animals, they pose a significant threat to your lawn and garden. Voles can prove difficult to control once they populate your yard. Voles are challenging to track and capture because they dig under the ground, and these creatures also multiply very quickly! Nevertheless, OMNIS pest control can create and enforce a strategy to remove voles and keep them from your yard. Call OMNIS Pest Control today at 720-583-4126 for your Castle Rock vole control needs! 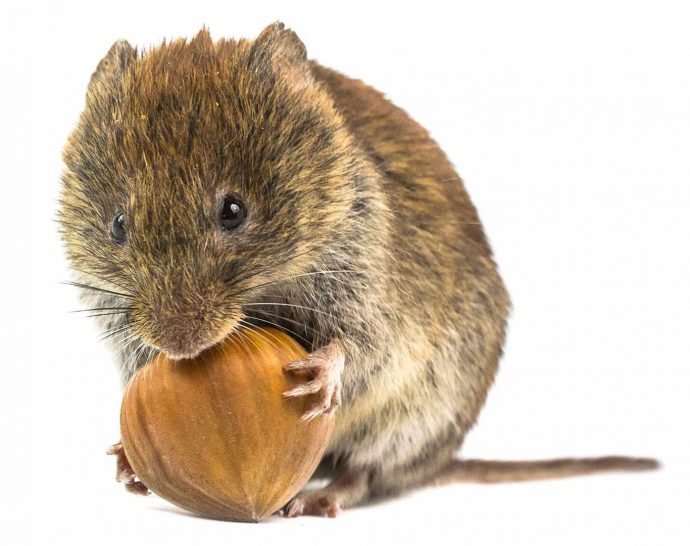 What is a Vole?

While voles are similar to other rodents and are often mistaken for field mice, they have a few characteristics that make them uniquely different. Voles have stockier, rounder bodies, and their ears are noticeably smaller than a mouse’s ears. They are between 5 – 7 inches long and have distinctly orange teeth due to their diet of plants and roots. Adult voles are usually brownish-black in color with a gray underbelly. Baby voles are entirely gray and have less fur than adults.

Voles live in grassy areas such as hillsides, orchards, or pastures. Since voles love grass, they will also invade yards and gardens. Voles also populate very quickly and produce as many as 12 litters each year! Each vole litter has between 3-6 offspring, which means that they can rapidly take over your yard.

Voles are not dangerous animals, but they cause immense damage to yards and gardens over time. If you notice signs of voles, it is essential to act quickly and call the professionals at OMNIS for our Castle Rock vole control service!

Voles live underground, so they can be hard to detect. However, they have some visible signs that you can catch. If you notice holes about 1 – 1.5 inches in diameter in your yard, it could be a vole entrance or exit. Piles of dirt can also be an indicator that voles are nearby. If you notice that parts of your yard have become squishy to the step, it could mean that a vole burrow is under the surface. Dying plants are also a sign of voles, as they feed on plants and roots. You might also identify vole runways in your yard. A vole runway is about 1.5 inches wide and typically follows a straight course for a distance.

If you see any of these signs of voles, please call OMNIS today for an inspection! 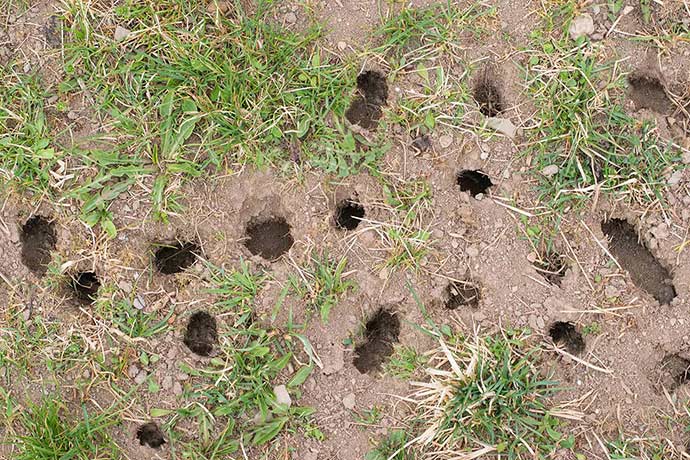 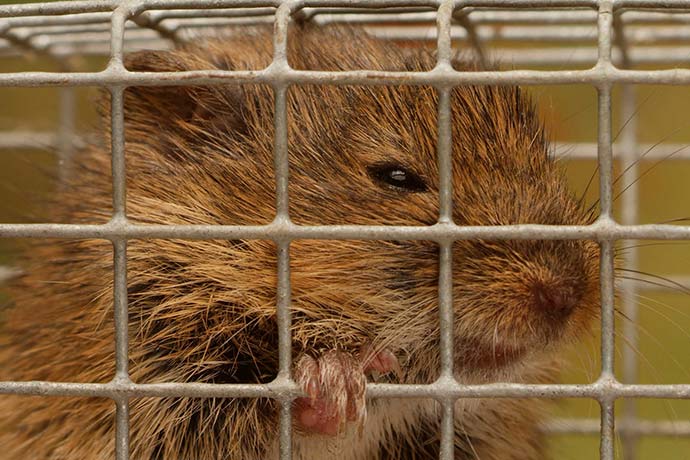 Our Castle Rock vole control service will rid your property of pesky voles. Our team may use various methods to control voles, such as traps, repellants, and certain yard precautions. While we can often use mechanical methods such as trapping for vole control, the OMNIS team will determine the best removal method for your situation during our inspection process. Call OMNIS today at 720-583-4126 to schedule your inspection!

Our residential pest control services consist of four steps where we seek out any current pest issues, remove pests, and monitor to ensure they do not return to your home.

The first step in our process is to complete a detailed inspection. A certified pest control specialist will visit your property to perform an in-depth assessment, and the specialist will identify any pest issues or potential risk factors at this time.

After inspecting and identifying any pests on your property, our pest control experts will create a strategy to remove them. Once we remove any pests, insects, or unwanted wildlife, we can take the necessary steps to repair any damages and monitor your property to keep them from returning.

If you notice any signs of voles or other pest activity, call OMNIS today for safe and effective pest removal.

OMNIS Pest Control is happy to serve you and your business! Commercial properties are not exempt from pest infestations. While it’s no company’s fault, pests don’t care where they make themselves at home as long as the conditions are suitable for their habitat.

When we say that we understand your pest problems, we mean it because this is our home too! At OMNIS, we have a locally-focused approach to pest control, and this approach allows us to provide our Castle Rock community with the highest quality pest control services. We go the extra mile to get the job done right, and we want to ensure that we protect our local businesses and keep them pest-free.

Contact us today for more information about our commercial pest control services!

OMNIS is a full-service pest control company in Castle Rock, CO. Our team has provided residential and commercial pest control services in Castle Rock and the surrounding towns since 2013. We have a professional team of pest control experts that will inspect for pest issues, recommend an effective treatment plan, and eradicate any pests on your property. OMNIS eliminates various pests, insects, and even wildlife from residential and commercial properties. Please visit our pest library to see all the different pests we manage.

Our priority is to provide all of your pest control needs and deliver high-quality results while offering world-class customer service. Each property and pest issue is unique, and we pride ourselves on creating custom plans for each customer to give the best outcome – a pest-free property. Contact us today to find out how OMNIS can benefit your home or business.

Call OMNIS to Get Voles Under Control

Vole populations can multiply very quickly and destroy your lawn and garden. If you notice any evidence of voles around your property, don’t hesitate to reach out to the pest control experts at OMNIS! Our trained professionals will help you quickly and effectively get voles under control. Call us today at 720-583-4126 to schedule an inspection!