Wildlife are not pests. They do not become pests until they create a conflict with humans, their habitats, or their resources. Unfortunately, this means you must hire technicians to remove wildlife from your home environment. If you have an issue with problematic wildlife on your property, Highlands Ranch wildlife control companies like OMNIS Pest Control can quickly remove them from your property.

There are ethical, economic, and social aspects involved in removing wild animals from residential and commercial properties. However, by selecting a trusted provider of wildlife control services, you can ensure that the animals are removed, relocated, or eliminated in a way that prioritizes animal welfare while minimizing damage to property or animal habitats. Fortunately, the trained wildlife control professionals at OMNIS effectively solve problems relating to wildlife damage, nuisance wildlife situations, and general pest control. 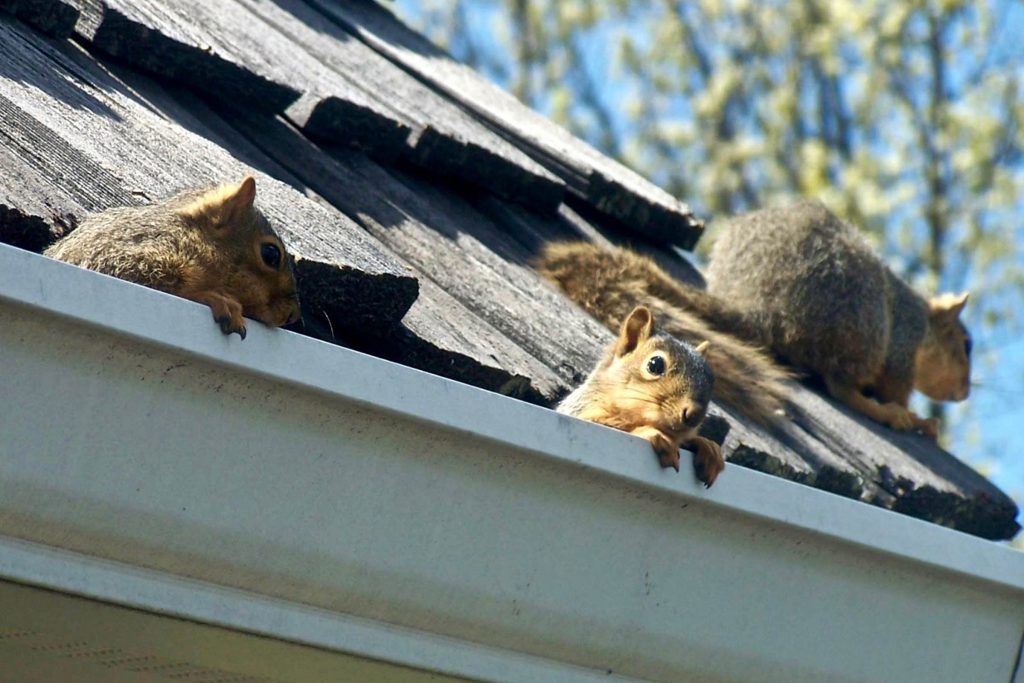 What Does Wildlife Control Involve?

Wildlife control involves mitigating or preventing conflicts caused by animals in residential and commercial environments. It involves more than just the control or elimination of the wildlife itself. Wildlife control objectives include all of the following:

Overall, the goal of wildlife control is to limit wildlife populations in areas where they are not wanted. In addition, wildlife control operators aim to do so economically and efficiently while ensuring that the solutions they implement are not harmful to people, animals, or the environment.

The framework used to identify appropriate wildlife control operator practices is called integrated wildlife damage management (IWDM). Through this framework, operators identify problem species and damage, hypothesize a variety of solutions, and implement the least harmful, most cost-effective strategies. Once a solution has been implemented, the IWDM encourages wildlife control operators to monitor the problem over time to evaluate the effectiveness of the solution.

What To Expect From Highlands Ranch Wildlife Control

Someone engaged in IWDM needs to have an in-depth understanding of common wildlife and the associated damage that they can cause. They must also be aware of the differences in wildlife related to different environments. Knowing the difference between problems associated with native wildlife vs. introduced wildlife can be helpful for wildlife control operators too.

Is Highlands Ranch Wildlife Control Operator The Same As An Exterminator? 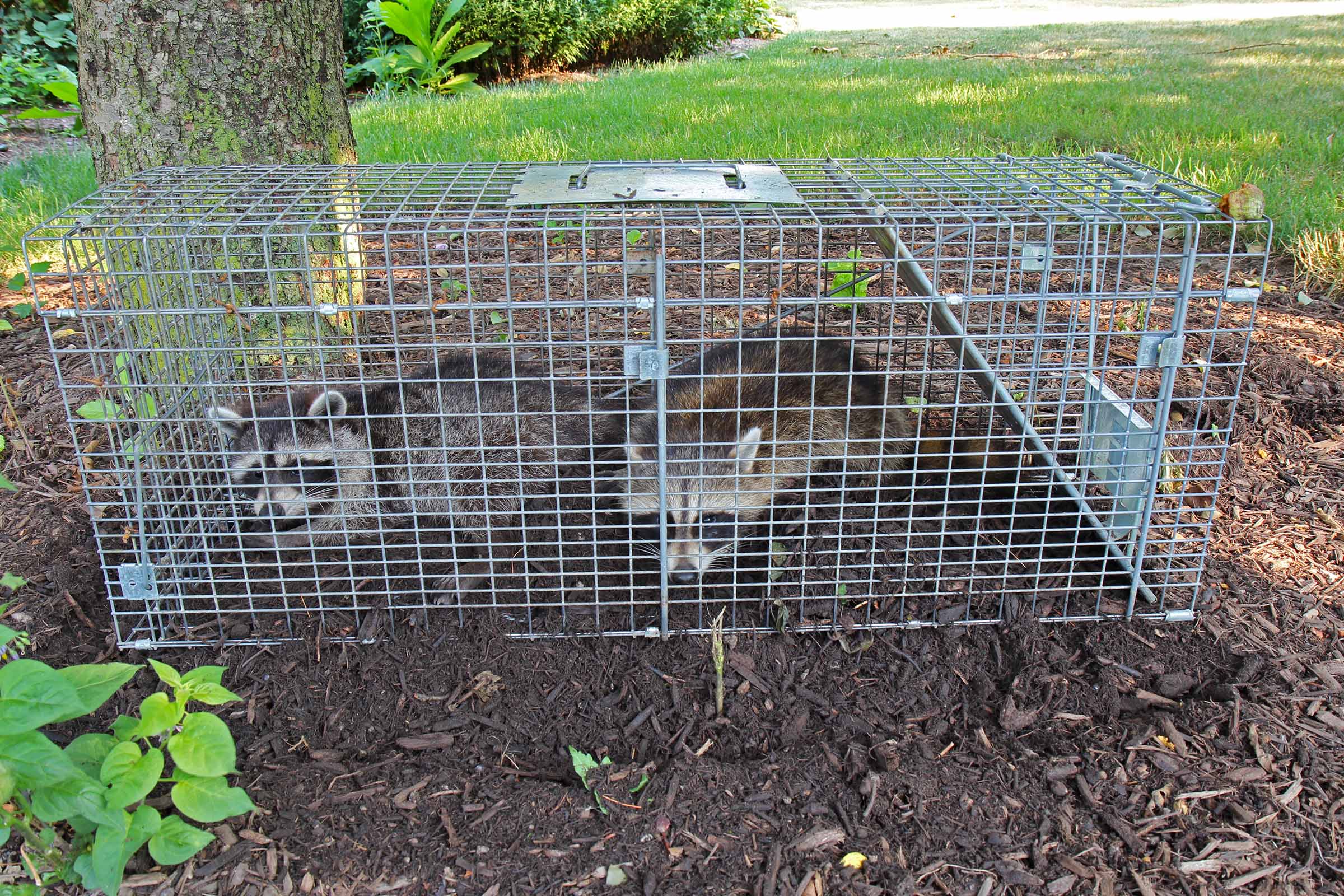 In the process of integrated wildlife damage management, wildlife control operators execute several steps. They use a variety of methods and tools to reduce wildlife conflicts to acceptable levels. No single technique can eliminate all conflicts, so several methodologies exist. The Denver Parks and Recreation department has a guide on avoiding conflicts with wildlife in the city.

Here are some typical methods used for wildlife control.

Animals rely on food, water, and shelter for their survival. If you completely eliminate any one of these elements, animals will be unable to thrive. The process of habitat modification involves addressing all three of these elements.

Most habitat modification is subtle. For example, rather than paving your lawn completely to stop mole damage, we would suggest implementing a softer approach, like filling mole tunnels.

Exclusion involves erecting barriers to limit access to certain areas. This process normally involves the use of barriers, like nets, cylinders, and fences to prevent wildlife from reaching areas where they can cause damage.

Exclusion methods are popular because they provide significant protection over both short and long-term periods. Though, exclusion can be expensive when large areas are in need of protection. Still, the exclusion is a wildlife-friendly method of wildlife control.

Some animals are easily frightened. This has encouraged many manufacturers to produce products that are designed to scare away animals. These devices fall into four categories; visual, audio, audio-visual, and biological.

The final type of frightening device, biological devices, aren’t so much devices as they are live animals. For example, guard dogs are often used to protect commercial properties from encroaching wildlife. Other animals like hawks and falcons have also been used to drive animals away from protected property.

Sometimes wildlife control operators use repellents to deter animal activity. These repellents rely on pain, fear, touch, or aversive conditioning to repel animals from specific areas. Operators must be licensed to use such treatments. However, there are some over-the-counter products available as repellents.

The effectiveness of repellents relies heavily on the motivations of problem animals, their access to alternative resources, and the weather. An animal’s previous experience with repellents can also influence the outcomes of wildlife removal attempts.

Repellent products are often not tested thoroughly, meaning homeowners cannot be sure whether they will work. That’s why we suggest calling OMNIS Pest Control for any Highlands Ranch wildlife control needs you may have.

A toxicant is a chemical compound that is used to kill problem wildlife. Wildlife control operators only use toxicants to kill small pests, like mice, pigeons, and rats. For your safety, all people who apply restricted toxicants must be trained and certified.

One of the more common methods of humane wildlife control is trapping. Trapping involves using boxes, bags, or cages to snare animals. These traps capture animals live in most cases, allowing operators to relocate animals rather than killing them.

One disadvantage of traps is that they require you to check them frequently. They also catch unwanted animals, which means you’ll need to release them and reset the trap. Managing wildlife traps can be tedious, that’s why we recommend that you have a Highlands Ranch wildlife control operator take care of it for you.

If you have animals like raccoons, squirrels, bats, or mice invading your property, it’s time for you to make them leave for good. By contacting a highlands ranch wildlife control company, you can get the process started with a free inspection. During the inspection, a wildlife control operator will assess the state of wildlife on your property and then offer solutions to any conflicts.
OMNIS Pest Control is a fully licensed and bonded Highlands Ranch wildlife control provider that is ready to serve you. We also offer wildlife control in Colorado Springs, Monument, Lone Tree, Larkspur, and the surrounding towns. Use the contact form below to get in touch with us today.