First, yellow jacket wasps are a common breed of wasp that is found all over the United States. For example, they often take up residence in homes and commercial buildings, posing a safety risk to people and pets living within the premises. Also, yellow jackets are significant contributors to plant pollination processes and pest population control, making them an essential part of the ecosystems where they live. But that doesn’t mean you have to allow them to live on your property. So, if you have a growing yellow jacket wasp population living in or around your home or business, get help from OMNIS Pest Control, with yellow jacket wasp removal. Our skilled technicians are ready to provide you with a free inspection today!

For instance, yellow jackets are pests that are most active in the summer and fall when plant nectar and other food sources are readily available. Their appearance typically includes a black and yellow pattern that is banded across their abdomens. Although most yellow jackets will have this yellow and black color, some may also have white or red markings.

Yellow jackets are a social breed of wasps that prefers to live in large colonies. So that the population of their nests often contains several thousand insects. In fact, their colonies don’t die off in the winter, meaning they have the potential to grow their population to staggering numbers.

THE Queen AND HER COLONY

First, queen yellow jackets lay eggs and give birth to new generations of wasps. Next, when they create a nest, they may choose to build it above ground or below ground. Once they’ve selected a location, they lay eggs in the nest’s cells and wait for the larvae to hatch. After the eggs have hatched, the queen feeds them insects, meat, and other proteins salvaged from the surrounding area. The wasps age over time, eventually becoming workers that help grow and provide for the colony. Once the colony is overgrown, they become very aggressive, making yellow jacket removal essential. Contact OMNIS right away! 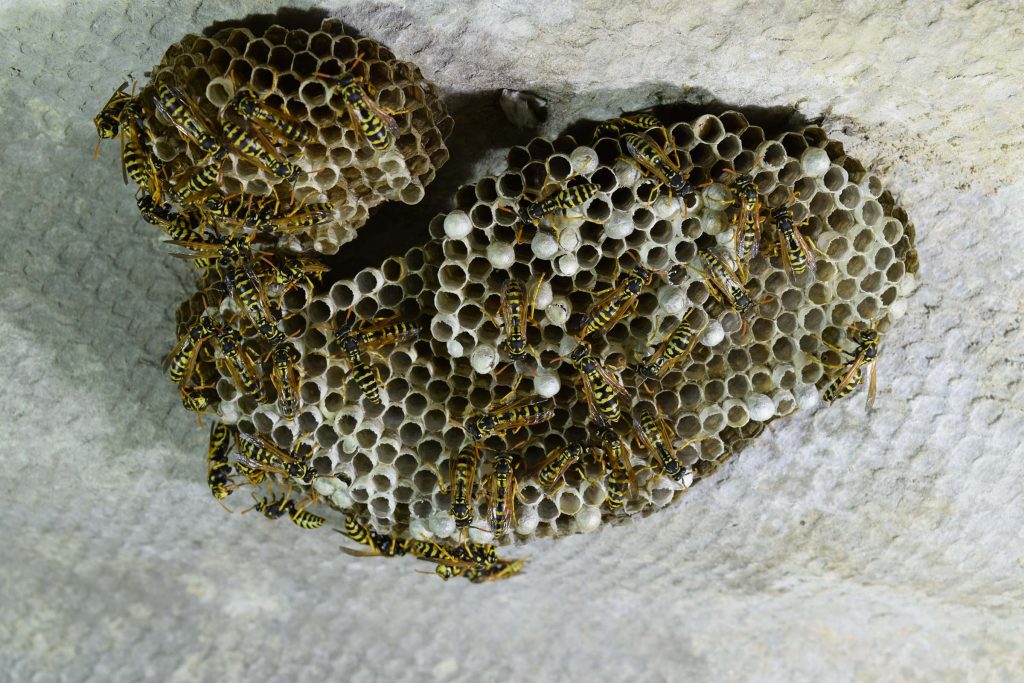 First, the cells of a yellow jacket nest get built using plant fibers or wood pulp and saliva. Next, the two substances combine, producing a material that appears very similar to paper. While, the queen and any available workers build cells within the nest, and larvae are raised in each cell.

They Are Especially Aggressive Around Their Nests

Yellow jackets are similar to bees in that they are flying insects that feed on nectar, but yellow jacket wasps are noticeably larger than most bees. Another factor that sets yellow jackets apart from bees is their level of aggression. Yellow jackets are highly aggressive. Therefore they present a greater risk of stings if they are living on your property. To avoid being stung by these bugs, have OMNIS Pest Control come to remove their nest.

Yellow jackets’ diets are similar to that of many other flying insects, as the adult wasps normally feed on sugary substances like flower nectar and fruit. Though, when the wasps are in their larval stage, their diet mostly consists of protein. The adult wasps take insects and any other meat they can find back to the nest to feed their young.

The first step toward removing yellow jacket wasps from your property is a thorough inspection. When you schedule a free inspection with OMNIS Pest Control, we will send a certified technician to perform a thorough investigation of your home and the surrounding property.

Yellow jackets aren’t known to cause lasting damage to structures, so you don’t have to worry about your home is in disrepair. Though, the wasps can create their nests inside your attic or behind your walls. If this occurs, they may chew through drywall to reach other areas of the building.

Our technicians will thoroughly inspect your home to find every location where wasps are living in or around your home. Once they’ve located all of them, they will suggest potential solutions that may be beneficial to you. At that point, you can choose how to move forward.

Be careful not to allow the wasp population to grow too large. If you want to allow yellow jackets to live on your property, make an effort to keep them a safe distance away from people, pets, and especially children.

WHY YOU NEED Yellow Jacket CONTROL

Yellow jackets are an aggressive breed, so be careful around them. While they may be slow to sting at first, once they perceive you as a threat, the entire swarm may attack you. The wasps are very territorial, so if you are in close proximity to their nest, you may be in danger.

Unlike bees, yellow jackets can sting multiple times. Their stinger is venomous, so you will likely have a painful reaction in the affected area if you are stung. Some people are allergic to wasp stings as well, so medical attention may be necessary. For this reason, it is very important to keep yellow jacket wasp populations under control by contacting a pest control service.

Many people may not see yellow jackets as a significant threat, but the reality is that these insects can be potentially deadly! Yellow jacket stings can cause a potentially fatal allergic reaction, so you don’t want to ever risk being stung if you aren’t sure that you are not allergic. 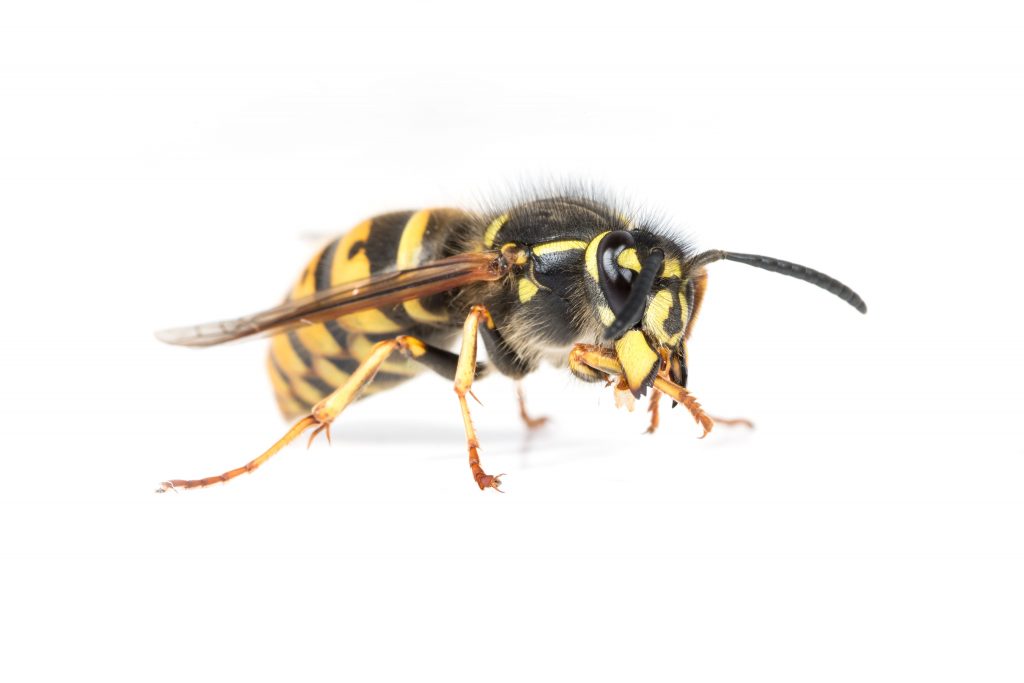 Regular pest control inspections and preventive treatments are the best way to avoid yellow jackets wasp removal on your property. If you’ve noticed a growing population of wasps or other pests on your property, call OMNIS Pest Control to get the situation under control. You can schedule a free inspection by filling out the contact form at the bottom of this page or calling us at (714) 502-9230.