Have you ever wondered why many high schools choose the hornet as a mascot while virtually no other insects have this distinction? For many reasons, hornets fulfill this role perfectly. Hornets look intimidating, have hard-to-squash bodies, and deliver severe damage with their stingers. With your team’s name as the hornets, you can feel strong and invincible. However, having actual hornets on your property makes for danger to you and your family. The next step is hornet control and nest removal. Read on to learn more about hornets and how to remove them safely.

The largest populations of hornets live in tropical Asia. However, hornets have made their way to Africa, Europe, and North America, including Colorado. They often make their nests in bushes or trees. However, they also frequently build their nests on the side of a building.

Hornets build their nests by chewing up wood to make a paper-like, football-shaped nest. The nest has an opening at the bottom so that the hornets can come and go. If you looked inside an active hornets’ nest, you might find hundreds of these insects. What’s more, they will aggressively attack if you disturb them.

The lifecycle of a grist of hornets goes through several phases. First, a fertilized queen hornet begins the solo task of building her hive in the spring. After the queen partially completes the nest, she lays eggs in each of its cells. Then, five to eight days later, the eggs hatch, and the queen feeds and cares for them through five stages of growth and metamorphosis.

At first, asexual females make up most of the hive, and these take over all the tasks the queen did when she was alone, including foraging, maintaining the nest, and caring for the young. The queen still lays the eggs does little else once the worker hornets take over the other tasks. Male hornets are few, and they really only have one job – mating during a mating flight. After they mate with the queen, they typically die almost immediately. Later, the queen begins producing fertile females that add to the colony.

As omnivores, hornets eat both plant and animal matters, often munching on their relatives, the yellowjackets. They live for several months, but they do not survive the winter. That is, the hornets other than the queen die. But the queen lives through the winter to begin anew in the spring.

Self-help hornet removal carries with it a lot of danger. If you decide to give it a try, follow these tips: 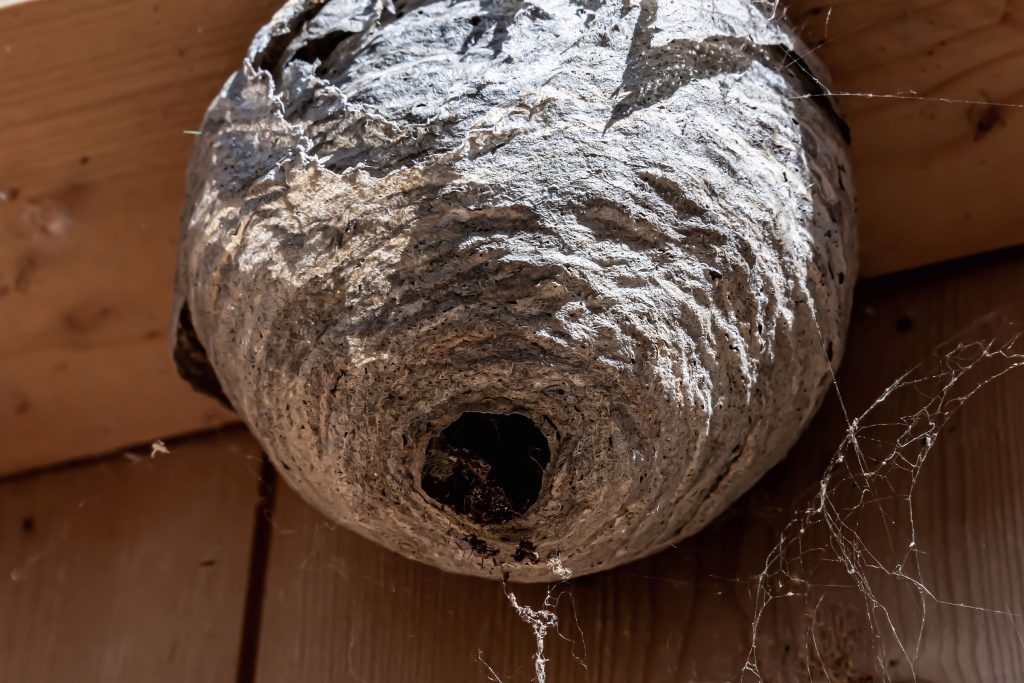 Hornets pose a severe threat to your family. If a hornet stings you, you might have a red, painful welt at the very least. Beyond that, if you have an allergy to stinging insects, it can cause a severe allergic reaction that might threaten your life. Even worse, taking down a hornets’ nest can cause the hornets to swarm around you and attack you.

Hornets do not sting unless you provoke them. However, you can get them riled up unintentionally, and your young children may have to learn the hard way not to disturb them. So, if you have hornets living on or close to your home, your best course of action is to remove the nest in the safest way possible.

Hornets fall under the category of wasps, but they are unique in many ways. European hornets account for almost all the hornets in the U.S. The following look at hornets and their lives will help you understand what it means to have hornets living in your outdoor spaces.

You can easily identify wasps by their tiny waists. Hornets have larger bodies than other types of wasps. In fact, they have a size that is about 1.25 inches long. Yet you can distinguish them even more easily by looking at their coloring. Hornets have heads that look yellow from the front and red when you look down on them from above. Their body is yellow and black striped. Furthermore, you can notice their reddish-brown or black legs and thorax. 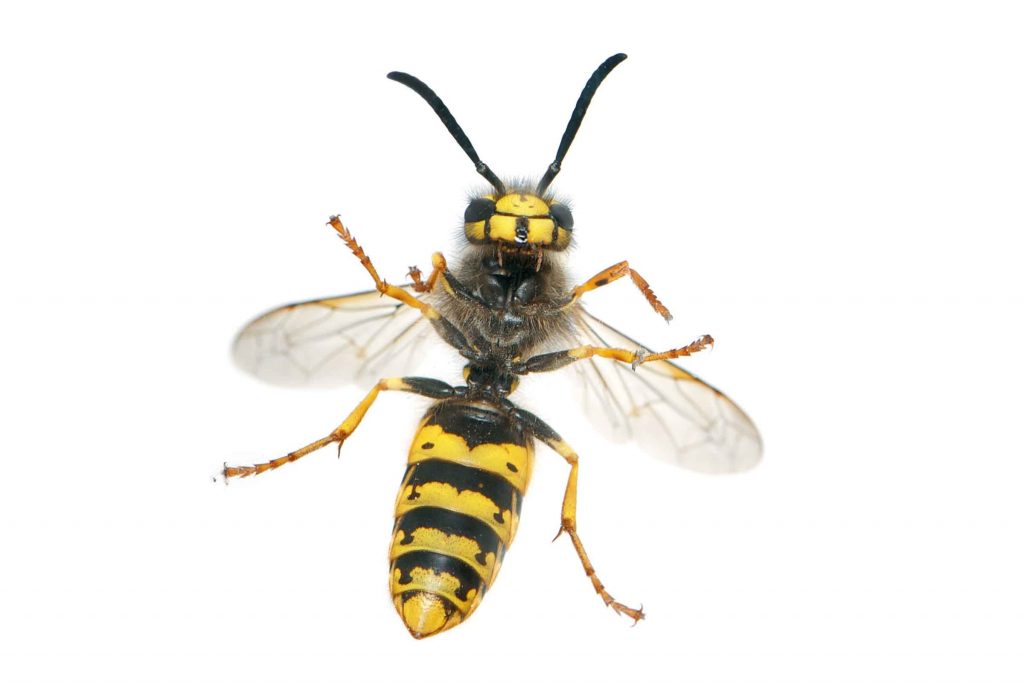 Should You Call in a Professional Hornet Removal Company?

People cite many reasons for wanting to remove hornets on their own. For some, the goal of independently taking care of household problems makes sense. For others, cost or convenience matter most. However, removing hornets brings dangers that can wipe out all these supposed benefits of self-help hornet removal. If you do not successfully rid your home of hornets, you have to keep trying, often spending more money on products, equipment, or hospital bills. Plus, if you cannot find a way to remove the hornets safely, you still might have to ask for help from a doctor or a pest control company.

Fortunately, a professional hornet removal company can take care of your hornet problem while keeping you and your family safe during and after the treatment. At OMNIS, we use drones to find every hornets’ nest on your property and destroy all the nests. We put our knowledge of hornets, pest control techniques, and cutting-edge equipment to work to end your hornet nightmare as soon as possible. Then, you can enjoy greater peace and safety all around your home.