Pill bugs, sometimes called roly-poly bugs, make their homes in Colorado and all across the U.S. Children find them fascinating and like how they curl up into a ball when touched. However, as an adult, you may not find them so amusing, especially if many of them appear in your home.  At OMNIS Pest Control, we stand ready to help with safe and efficient pill bug control treatment.

The following information describes what they are, where and how they live, and what you can do to keep them out of your home.

The pill bug has a blue-gray, hard shell with yellow spots. Their oval body, protected by several distinct fused plates, measures between 1/4 and 1/2 inches long. They have two pairs of antennae, with the upper pair longer and the lower ones angle toward the body. Also, they have two appendages called uropods protruding from the rear of their body. Interestingly, they have very low vision and cannot do more than detect the presence of light. Plus, they get oxygen through gills, which show up as thin membranes on the underside of their body. Pillbugs get the nickname roly-polies because they reflexively curl up in a tight ball when you disturb them. Think you see more pill bugs than normal call OMNIS for pill bug control treatment. 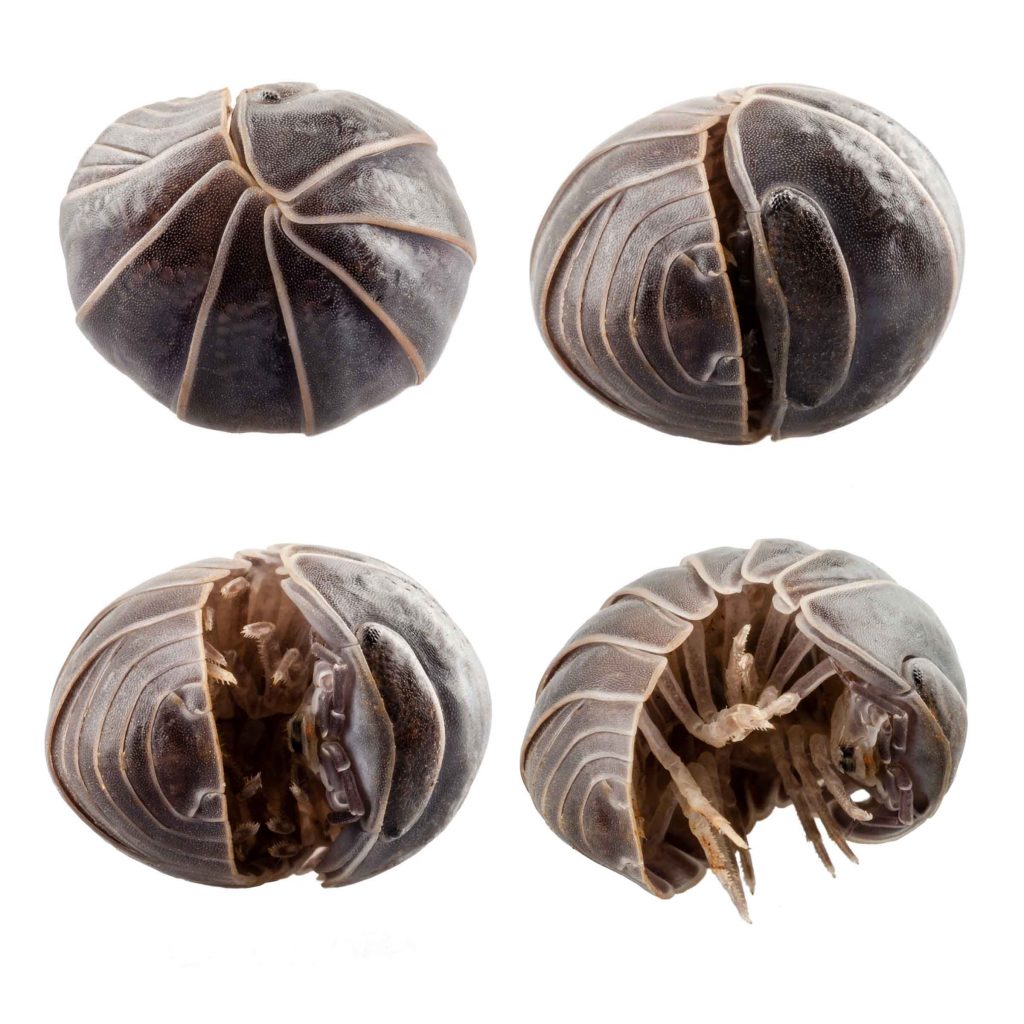 Although science classifies pill bugs in the same category as shrimp and crayfish, these crustaceans have developed the unique ability to live their entire lives on land. Pill bugs prefer dark, damp spaces, partly because they need to keep their gills moist to get oxygen and stay alive. They love the moist soil of a garden spot or flowerbed. Furthermore, if they come into your home, they head for the damp spots. Prime locations for roly-poly bugs include near a door where the outside moisture comes in or in a bathroom, kitchen, laundry room, crawlspace, or basement. Outside, you might find them around the foundation of your home or under compost, mulch, stones, fallen tree limbs, or anything that contacts the moist ground.

Pill bugs scavenge among dead and decaying matter for most of their food. In gardens and on indoor plants, they sometimes chew on young leaves. Yet, even when they come inside, they mostly stay hidden during the day and feed at night.

Pill bugs mate in the spring. Afterward, the female carries eggs in a pouch called the marsupium, located on its abdomen. They deposit about two dozen eggs, which hatch and remain inside the marsupium for a time before they venture out to explore their world. All told, the female carries the eggs for about six or seven weeks. What is more, they will produce two broods of eggs each year.

The pill bug molts early in its lifecycle, first within 24 hours of leaving the marsupium. It first sheds the front half, and then two or three days later, it sheds the rear half. After that, it sheds again about every two weeks for the next four or five months. However, even the adults molt, though they do so less regularly. Pill bugs typically live between two and three years.

First, you do not have to worry much about pill bugs. After all, they cause very little damage and do not bite or sting. However, they present a bit of a nuisance. Also, your home does not look as clean when pill bugs invade. Plus, they may spoil the look of houseplants if they nibble on the leaves. Beyond that, you might not like the idea of your children playing with bugs. They do not look good in your home, even if they are relatively harmless.

To avoid having pill bugs inside your home, focus on professional pill control preventive treatment by OMNIS.

Since pill bugs need moisture to live, the best solutions include various ways of keeping wetness at bay. That means making sure you clean up any spills or puddles immediately after they happen. Then, too, if you have any leaky pipes or faucets, you need to fix them to deny the pill bugs the habitat they love. 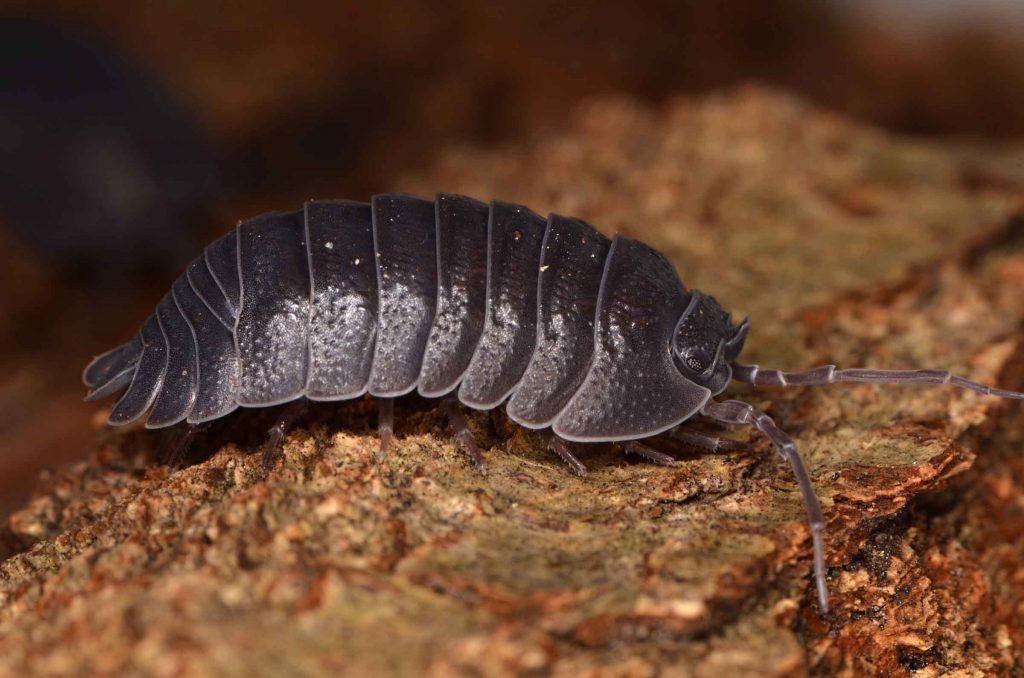 Check to ensure your gutters are clear and your downspouts are carrying the rainwater away from your foundation. Also, keep your air conditioner in good repair so that it doesn’t leak water. Finally, adjust your lawn sprinklers, so they do not spray water to accumulate around your home’s foundation. In your basement, check your sump pump often to make sure it does its job adequately and make sure it has adequate ventilation. Even pill bug removal is essential to prevent clogging when that spot is overrunning with them.

As with most bugs, eliminating their entry points goes a long way towards keeping them out. So first, seal up any cracks in your foundation. Next, caulk around windows and other openings to the outside. Then, make sure your doors fit tightly, especially around the door sweeps and thresholds. Finally, pay special attention to expansion joints at the bottoms of basement walls. All these steps will help with overall interior pill bug control.

How OMNIS Can Help with Pill Bugs

While pill bugs pose no significant threat, they create a nuisance and an eyesore. If you find yourself with a pill bug infestation you cannot conquer, OMNIS can help you get rid of these pests. First, we inspect your home and identify any pests we discover. Then, we can offer a treatment plan to eliminate them from your home. Finally, we can advise you on preventative steps customized to your unique home.

What is more, we may find other pests that are even more troublesome. If so, we give your home the same expert care for those insects or rodents as well. At OMNIS, we work with you to create a comfortable, beautiful, pest-free home.