Mosquitos are a real nuisance, especially when trying to enjoy time outdoors in your backyard. So if mosquitos have been causing you problems lately, you’re likely hoping to find some valuable ideas for backyard mosquito control. Fortunately, there are many things you can do to keep mosquitos at bay.

I. What Are Mosquitos

II. Why You Should Perform Backyard Mosquito Control
a. How Do You Get Mosquito Problems?
b. What Are the Signs of a Mosquito Infestation?

Mosquitos are flies with a single pair of wings and long, thin legs. Their head features a prominent proboscis, which is effectively an elongated, mouth-like tube to penetrate the flesh of humans and animals. Then the mosquitos draw blood from the wound. This is their primary source of nutrition, which makes them a major nuisance to humans and animals alike.

However, many people don’t know that mosquitos also feed on nectar from flowers. Though, when they’re in the larval stage, they don’t consume blood at all. Instead, mosquito larvae generally eat organic debris and other aquatic microorganisms. Surprisingly, some mosquito species have predatory larvae that eat other mosquitos.
Mosquitos are generally active from dusk until dawn because sunshine may cause them to dry out and eventually die. Unfortunately, sufficient cloud cover or shade can give them the confidence to be active during the day. 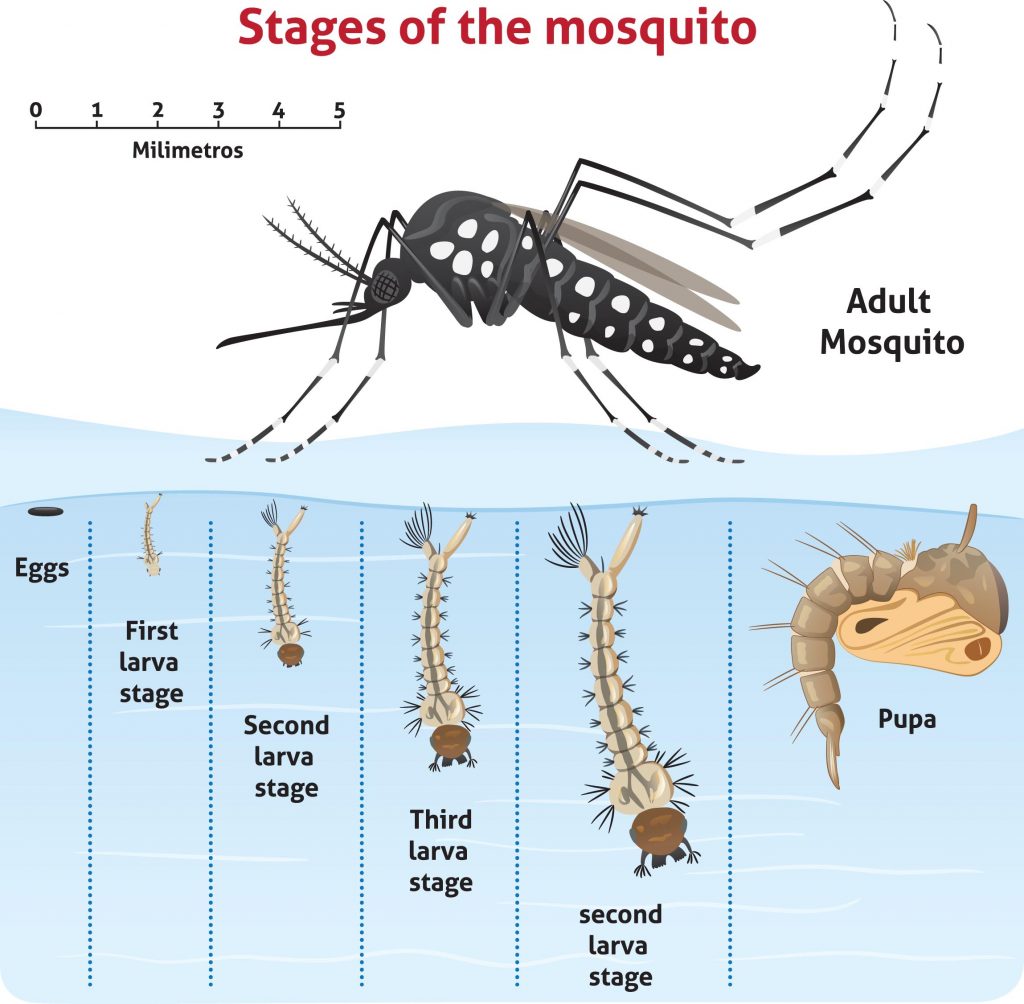 Why You Should Perform Backyard Mosquito Control

Mosquitos are essential to some ecosystems because they help pollinate flowers. Unfortunately, they can also have a damaging role because they harm other animals by being a vector for diseases. Mosquitoes can transmit malaria, yellow fever, encephalitis, and dengue. These mosquito-borne diseases can cause significant suffering, so it’s best to avoid contact with mosquitos when possible.

If you’re having trouble with backyard mosquito control, OMNIS Pest Control can help. We offer plenty of solutions that will eliminate your mosquito concerns. 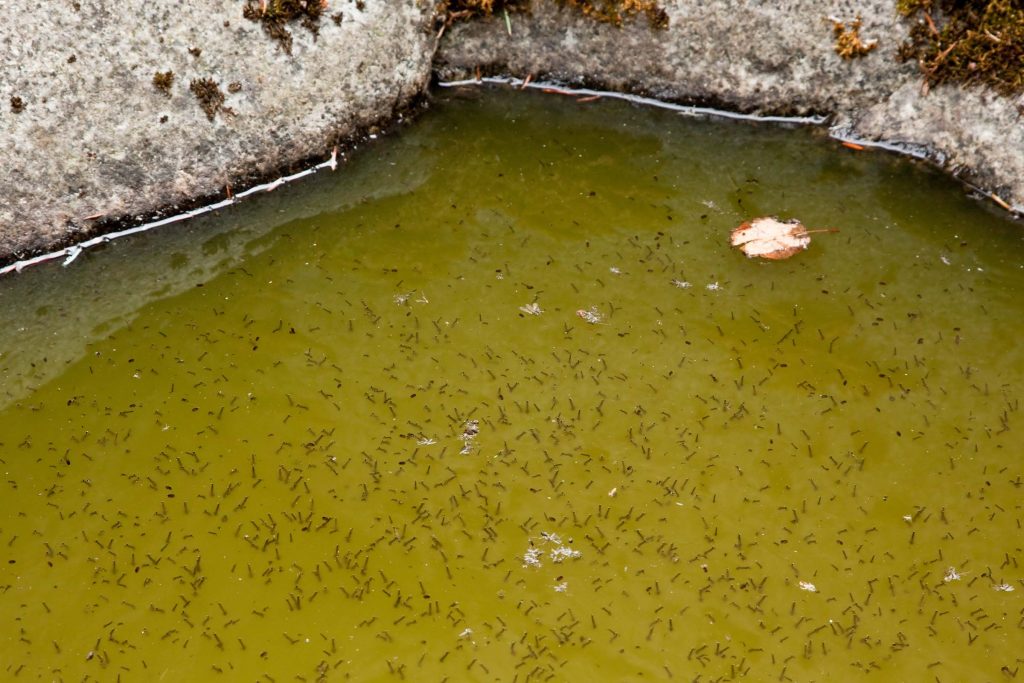 How Do You Get Mosquito Problems?

Mosquitos are attracted to water and food. If you have standing water nearby, they are likely infesting those water sources and reproducing rapidly. Ponds, marshes, and depressions that collect rainwater are all areas of concern for mosquitos. Suppose you live near any water source like these. In that case, the best thing to do is call a pest control company for some backyard mosquito control services.

What Are The Signs Of a Mosquito Infestation

People usually notice that they have a mosquito infestation once they start getting bit by mosquitos frequently. These bites cause different reactions, ranging from mild irritation to extreme inflammation or swelling. Unfortunately, though, sometimes people confuse them for skin conditions like rashes or hives. To find out whether you have a mosquito infestation, go outside and look for them. Usually, a swarm of mosquitos is easy to identify. If you have an infestation, you have two options: try to repel them yourself or call the professionals.

Before you call a pest control company, you may wish to try running mosquitos off on your own. Here are some backyard mosquito control methods you can use on your own:

Citronella oil is a repellent to mosquitos, to a degree. Using citronella candles, you can repel mosquitos in the immediate area surrounding the candles. However, for these candles to be effective in your backyard, you must use enough of them to provide complete coverage. Unfortunately, citronella candles do not keep mosquitos from reproducing. So, you’ll need to implement other backyard mosquito control methods to resolve the problem completely.

Mosquito dunks are small, floating larvicide disks that dissolve in water and kill mosquito larvae. They are safe, non-toxic products that you can use to limit mosquito reproduction in your backyard. The main feature of these products is bacteria that are only toxic to mosquito larvae. The bacteria kills the mosquito larvae within hours, ensuring they don’t persist long enough to mature.

Mosquito lamps usually are a candle and diffuser combo that can keep mosquitos at bay for several hours at a time. Much like citronella candles, they release a substance that is repulsive to mosquitos. Unfortunately, though, they aren’t a permanent solution. Mosquito lamps are best for temporarily keeping mosquitos away when you want to use your backyard.

As you may have noticed, DIY backyard mosquito control is only temporary in most cases, and it often isn’t incredibly effective. Therefore, we suggest hiring the professionals at OMNIS Pest Control to get the job done instead.
Mosquito treatment is usually a highly complex effort that requires reducing the source of mosquitos and using chemical control products where necessary. Before applying any treatments, you must get a professional mosquito inspection.
During the inspection, your pest control technician will identify what type of mosquito is causing problems in your backyard. Then, they can determine the best approach for dealing with that specific type of mosquito in doing so. Once the inspection is over, you’ll receive a mosquito treatment plan that offers recommendations and information that you’ll use to decide what you want to be done moving forward.
If you want to move forward with the backyard mosquito control plan, here’s what you can expect your pest control technician to do:

Locate All Sources Of Mosquitos

While the inspection may find the source of most mosquitos, the treatment process will find every source on your property. This includes standing water and other environments that are inviting to mosquitos.

Many mosquitos make their home in vegetation. Therefore, your pest control technician will work to eliminate invasive vegetation that offers them a place to hide.

Because mosquitos like to hide in vegetation, applying insecticides to your local foliage may make sense. This can kill mosquitos that attempt to rest in your trees, bushes, and other plants.

Suppose you have a pond or pool in your backyard. In that case, the application of insect growth regulators may be necessary to prevent mosquito development in those environments. You won’t have to worry about toxicity either because most mosquito water treatments are safe for use around humans. 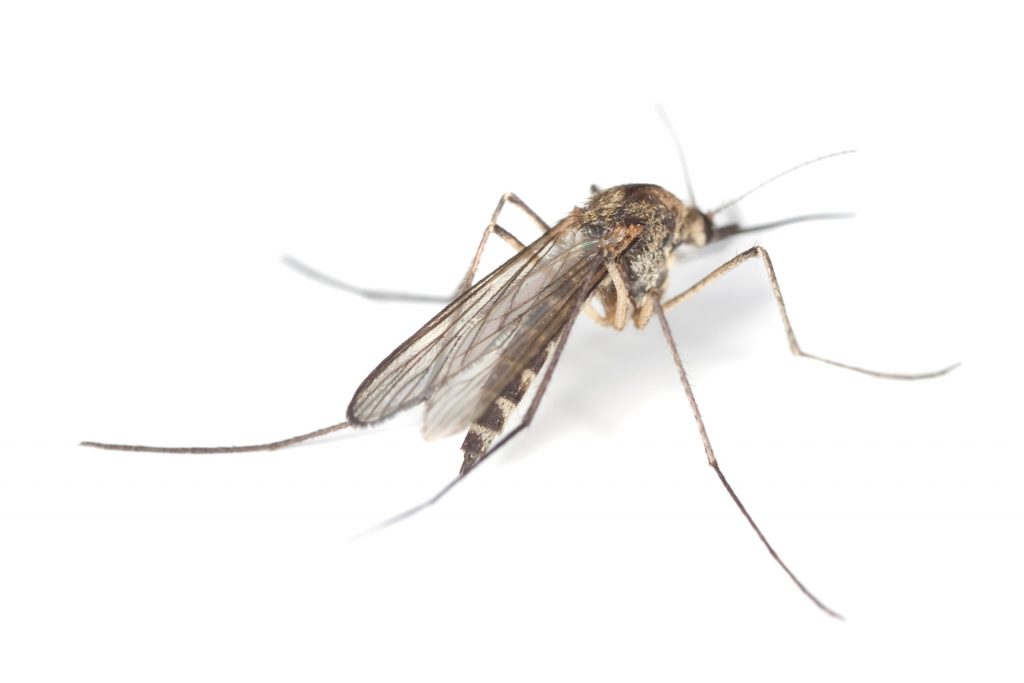 Don’t let mosquitos bring harmful diseases onto your property. Instead, call the professionals at OMNIS Pest Control to provide you with backyard mosquito control. With our help, you won’t have to worry about these winged pests disturbing your next outdoor gathering.
When you call, the first thing we’ll do is schedule a free inspection. Once the inspection is complete, there is no obligation to continue with treatment. First, though, we recommend you take action to avoid allowing a mosquito population to thrive unchecked.
When you’re ready, call us or fill out the contact form at the bottom of the page.